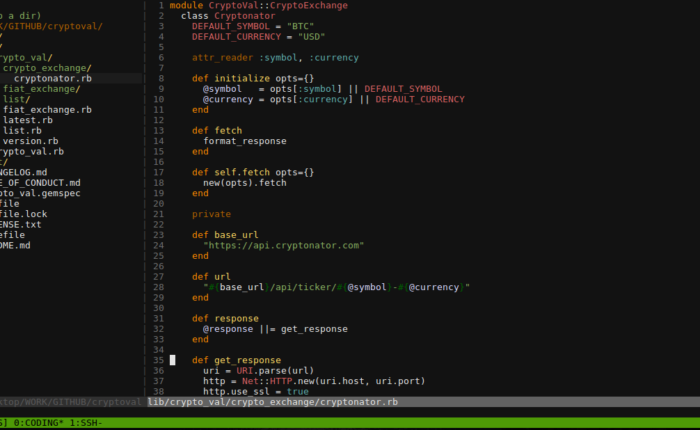 In my first job we used Emacs as our main text editor. However, I have no idea how to use it properly so I just used it more like Notepad++ than Emacs. In our team there is one person who refused to use Emacs, instead he was using vi (without the m!). To be honest, it looked painful watching him edit code with no syntax highlighting, no line numbers, and no plugins whatsoever. We tried constantly to convince him to use Emacs but he always refused and stuck to using vi. I thought the guy was crazy.

Fast forward 12 years in my career. I was attending a Ruby conference with my peers and one of the speakers (Brad Urani) demonstrated zshell, vim, and tmux and how he does development in his machine. It looked cool! Some of my peers also uses vim and tmux so its not a new concept to me, however I always decided to use gedit all these years. This time, they probably thought I was crazy. Continue Reading